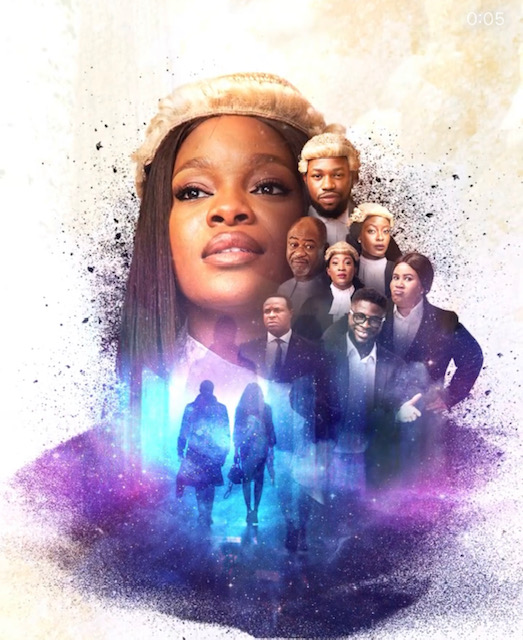 For filmmakers, making career/profession themed movies is quite daunting. Proper research has to be taken because films of this kind are very delicate; one wrong move could render the movie trifling or basic.

Charge and Bail follows Boma, a high-flying lawyer from the upper class who finds herself posted to a charge and bail law film during her NYSc year. It stars Zainab Balogun, Stan Nze, Bimbo Manuel, Folu Storms, Femi Adebayo and more.

While Charge and Bail almost get the legal drama brouhaha right, certain factors that make films like this enjoyable are found wanting. The court scenes are uninspiring and somewhat bland, the depiction is sometimes inaccurate of the Nigerian legal system, but the film still find ways to stay afloat.

One thing Charge and Bail can boast of is its plethora of fine actors, every actor delivers what they’ve been assigned, neither excessive nor mediocre. They all give decent performances with Zainab Balogun’s charm shining all through the film.

The use of actors for comic relief in non-comedy films is one thing Nollywood hardly ever gets right, even though the strategy is a go-to Nollywood filmmakers. Instagram comedians and actors are mostly chosen for these kind of roles without recourse to their acting talent; you mostly get poorly acted out scenes and characters that play out throughout the film and eventually ruining it.

Evidently, Charge and Bail does right in this regard— the characters played by ‘Craze Clown’ and ‘Chigul’ were only used as comic reliefs, but were utilized perfectly; very subtle and not encroaching on the film’s premise.

Is Charge and Bail a legal drama or a romantic one? Or a fusion of both? — The film’s final act struggles with this balance. Everything about Charge and Bail is done right from its acting, the cinematography, to the editing, the only area lacking is its plot which is only middling.

Finally, Charge and Bail boast of overall decent performances from its well-matched cast, struggles to fulfil the promise of its theme and premise but it suffices as an enjoyable watch..